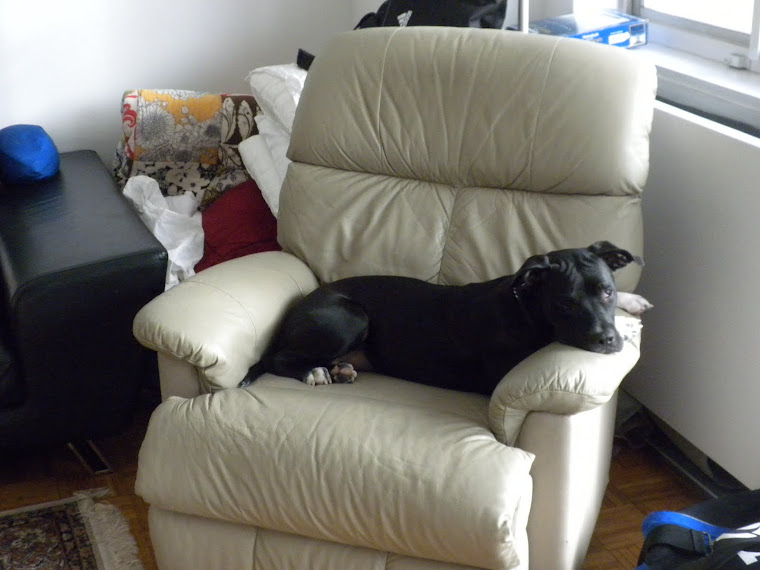 Just Some Pups Were Crushing On

In lieu of a post, here are some pups that are super cute that need a home!

Molly is a 3 year old shelter survivor who was pregnant when found at the shelter. She is sweet as sugar and really wants a new start at life.  She has had her babies and was a wonderful loving mom.  She came into the shelter with two young dogs we thought were her puppies and older male with thought could be her mate. The pups looked nothing like him so he could her son too!  Her pups have found homes and it is her turn to find her forever people. She is small but would be considered a medium size dog at a healthy 45 pounds. The foster mom has a three year old child and cats so we know she can live with both.She is housetrained and loves to watch TV! Football to be exact. She loves to hang with her people and would make a great companion for a active family. 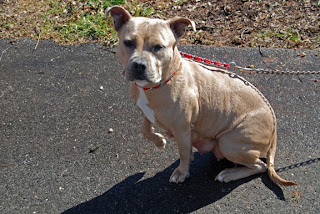 Marley is a sweet, playful pup and is about 17 months old and about 60 pounds.He just lost his long term foster and is inboarding on Long Island. Marley has the most soulful eyes and a tail that never stops wagging. He is very people oriented, bonding quickly and sticking to your side like glue, constantly gazing up at people with an adoring expression. Every time Marley hears the words "Good boy!" his eyes light up and he smiles, it seems like his one wish in life is to gain approval from his human, a sure sign that he is highly trainable and will make a fantastic, intelligent addition to the right family. He's a very affectionate boy and a great snuggler who will gladly flop over in your lap for some belly rubs. He has shown no sign of any resource guarding issues.  He seems like he would get along with most other dogs, especially those who wouldn't mind joining him in some puppyish play. Marley is housebroken and neutered. 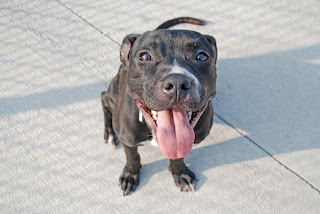 Elsie is a sweet low to the ground sort of pup. She has the short legs and stocky body of a bulldog and  she weighs in at around 60 pounds. She is around 5 years old but still has a ton of pep and playfulness. In her foster home she has been known to wander through the house trying to pick up as many toys in her mouth as she can fit (her record is 3!). She walks nicely on a leash but absolutely loves to run full steam ahead when she's off leash in the yard so a home with a nice fenced play area would be ideal for her. If she becomes a city girl again she would make a decent walking/jogging partner.  When she's done running laps she enjoys curling up with her person on the couch for a nice cuddle session or lying down in the yard and entertaining herself with a squeaky toy.  She like dogs-boys seem to be her favorite. In foster care she has been great pals with another male pit bull named Marley who is also up for adoption. After a long stay in a foster home in NJ they have both been moved to a boarding facility on Long Island. 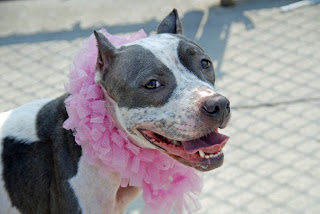 Raja was a friend's friend;s brother's ex-girlfriends (seriously) dog who was left when the girlfriend moved away. Someone worked so hard to get this dog adopted by a gentleman who after adopting her was evicted from his apartment and literally left the dog there to fend for herself. When Raja's picture popped up in the newspaper, that someone went into overdrive trying to get this girl a home (as you can see by the pictures, she's a doll!)


She's 3 years old, shots are up to date and she's spayed. She is currently at Hi Tor Animal Shelter (low kill, not no kill) and has to be adopted through them at this point. 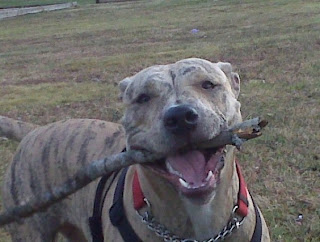 Inquire within as we have the PetFinder and Rescue information for all these pups!!
Posted by Two Grad Students and a Pittie at 7:35 AM 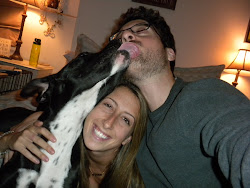